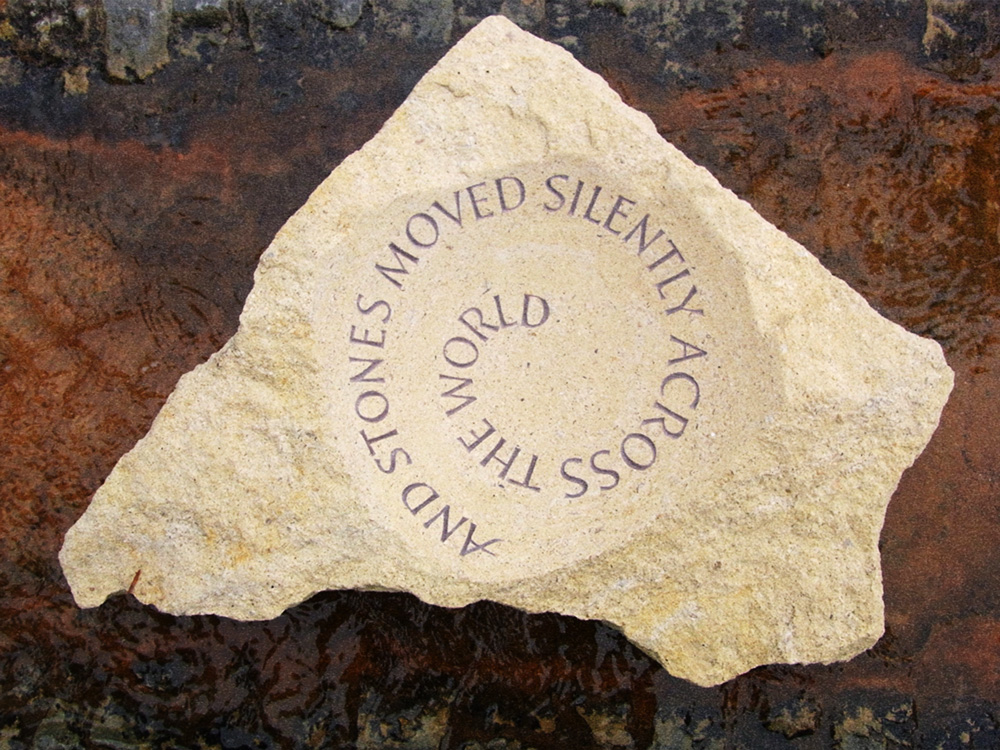 Click here to view The Migration Habits of Stones Project

In 2001 I began to investigate the various ways in which stones move around the world. Inspired by a dream dreamed shortly after my grandmother’s death, the project evolved from an acorn of an idea conceived on the slopes of Cader Idris into an international public art project.

The idea for the project came just days after my paternal grandmother’s funeral. As I lay dozing in bed I remembered a voice that had spoken to me in my dreams. “It’s time to go and climb Cader Idris,” the voice said. How curious, I thought, thinking there was nothing else to it. But the idea of climbing the mountain insisted itself into every waking moment and so I cancelled work appointments, hired a car, packed a tent, some food, good walking boots and set off for North Wales.

I had never climbed a mountain before and was uncertain why a dream might be directing me to do so now. It didn’t take long to find out. Half-way up the slopes of Cader Idris I came across a large boulder that looked completely out of place. As I stood there wondering why it looked so different a man happened to pass by. He also happened to be a geologist. He told me the stone was an erratic that had broken away from its motherbed centuries ago, lodged in ice and then set off on a very long, slow journey. The carriage of ice carved canyons and gorges as it moved along and when the sun next shone strongly enough the ice melted and the erratic stone was deposited in a new and unfamiliar landscape.

I was fascinated by this. Gripped. Bewitched. I felt as if a door had opened onto a different way of seeing the world. Instead of being eternally fixed in place, stones were suddenly fellow travellers and movement was an essential part of their natures. I thought not only of erratics but also of the stones we place on graves, the pebbles that we bring home after a day at the beach. Was it possible, I wondered, for that pebble to want to be picked up and taken away as much as I wanted to pick it up and take it with me?

Stones are considered sacred in nearly all cultures. In addition to this virtually everyone I meet has a special stone or a story to tell about a stone. Why is our connection to stones so strong? These were just a few of the ideas and questions buzzing around my mind when I applied to the Arts Council for funding. To my astonishment they granted it and my project, The Migration Habits Of Stones, was born. So far I have created three public works of art for the project. Each one is a piece of stone that has the opening line of one of my poems carved into it by Alec Peever. The line says, And stones moved silently across the world.


Click here to view the The Migration Habits of Stones Project 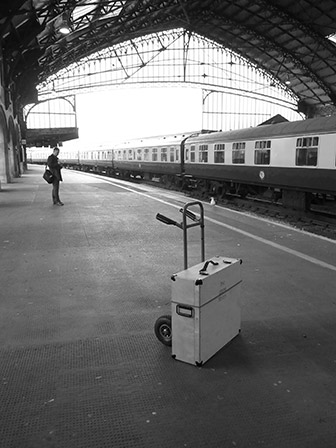